Following their “Mounting The World”-EP, which hit the underground scene in 2013 like a bombshell, two smashing LPs (“Rise And Ride” & “From The Dead”), countless club and festival shows and a lot of touring across Europe, the Southern German riff foundry STALLION is now returning with its third full-length “Slaves Of Time”!

Uncompromisingly old school in every aspect, the band plows ahead through all traditional varieties of Heavy Metal. From classic Speed ​​Metal to groovy Hard Rock riffing and merciless Thrash attacks – STALLION hold up their successful and much valued tradition! They also don’t raise any doubts about their clear political standing, something that is often missing in the scene nowadays, and deliver sociocritical lyrics as usual. Moreover the band is never afraid to explore new ways, this time with a power ballad leaning towards classic German school up its sleeve. “It felt right and came about quite naturally, so we’re very much looking forward to the reactions of the people on this one”, comments frontman Pauly on the 7-minute epic “Die With Me”.

With Claudio Hürlimann the band has gained substantial support in the guitar department. He leaves out no chance to prove his lead guitar skills in epic duels with his axe colleague Äxxl. “Slaves of Time” also marks the studio debut of bassist Christian Stämpfe, who has been with the band since 2017.

Although the record was once again produced and engineered by STALLION themselves, they hired Marco Brinkmann / Hellforge Studio for the mix, who provided an additional old school vibe and a lush and warm sound. “On ‘From The Dead‘ I did the mix myself, because I didn’t trust anyone to mix the record in a way that I would approve. As a total tone nerd, nothing turns me off like songs that are over-edited, compressed to oblivion and sounding lifeless, which might happen if you don’t find anyone who has the same sound aesthetic vision as you do. With Marco, we finally found the right man and hope that the fans are as happy with the result as we are.”, says Äxxl.

“Slaves Of Time” manages to supply the fans with what they need and expect while still breaking new grounds. It will be exciting to see what possibilities might open up for STALLION with this record, which is said to be one of the best current live bands of the underground anyway. So let’s wake the Demons, it’s time to reload! 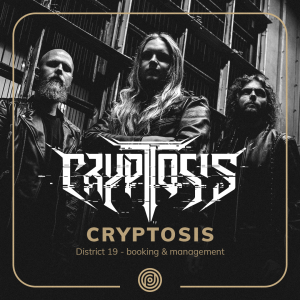 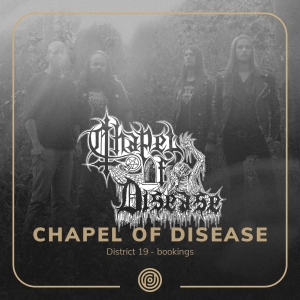 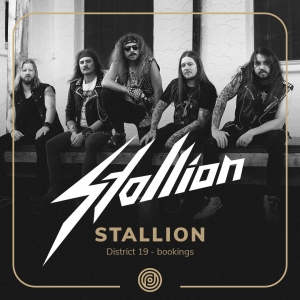 Sun of the Sleepless
Scroll to top