We are very happy to announce another District 19 tour!  DRACONIAN and HARAKIRI FOR THE SKY will co-headline Europe early 2019, all along with special guest SOJOURNER.  You can find the dates here!

Draconian
Harakiri for the sky
Sojourner 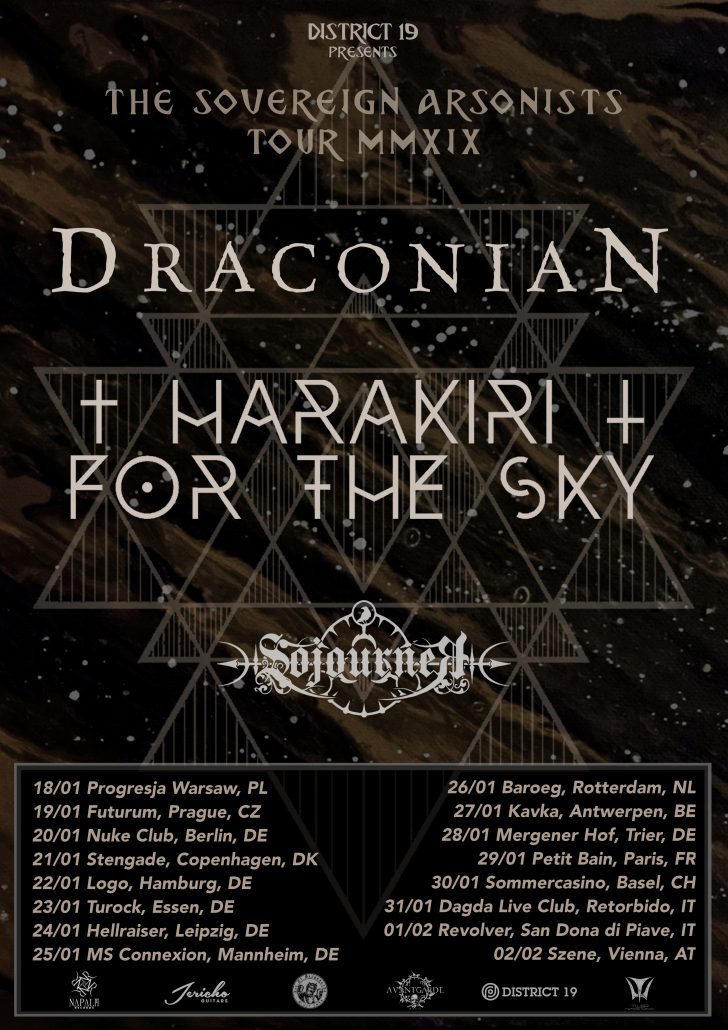