The Greek titans of Black Metal, Rotting Christ are returning to Scandinavia! The Tolis brothers have been holding the blasphemy flag high for more than 3 decades and next year they are coming to Stockholm for an exclusive performance!

Norrtälje’s Månegarm is the first band to return to Stockholm Slaughter, after having performed during our first edition. The band is currently recording a new album and their performance at Stockholm Slaughter: Akt III will be the band’s official release fest.

There are few bands nowadays that have such a unique sound as Arcturus. The Avant-garde Norwegian metal band is finally due to play on Swedish soil. The quintet, that features members of very well-known Norwegian acts (e.g. Mayhem, Borknagar, ex-Dimmu Borgir, ex-Coventant), has prepared a setlist that contains both old and new material.

The festival line-up is slowly shaping up, but we do have more bands to announce within a few weeks’ time.
Remember that the ticket price goes up for each new line-up addition. Make yourself a favour and get the ticket now! 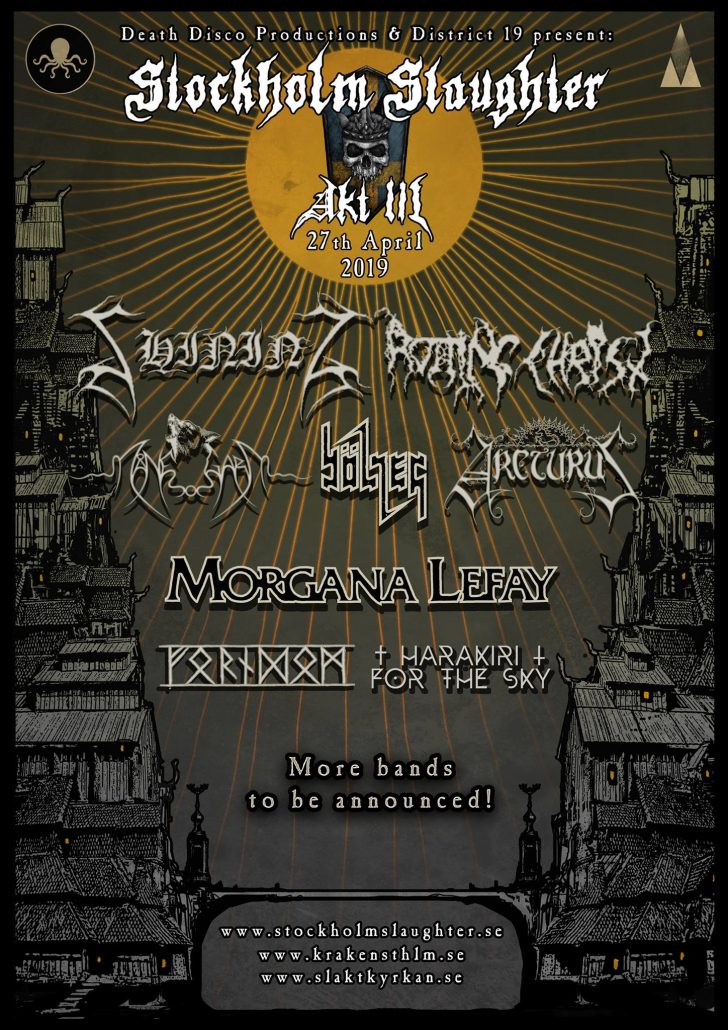